June 2015 Max arrived at our project on a “loan” to see if he could get on well with our girls Sid and Louise. He like the other two was born at Cat Conservation Trust, Clifton/Eastern Cape.  Max sadly is prone to a stuffed nose caused by some allergy, and at times it does get a bit worse. As he is good friends with Sid and Louise, we still wanted to keep him at our project, so since October 21st, 2015 he officially is our new male ambassador for his species, the African wild cat. Needless to say our three ancestors of the domestic cats all three have pure genes and aren’t hybrids. As mixing with feral cats or domestic cats is one of the biggest threats to the healthy bloodline of the African wildcat, we decided it is badly needed to have a conservation project for them as well. Hopefully they will start

breeding too, to be able to donate some back to nature, but if not we still  love keeping them for educational purposes. 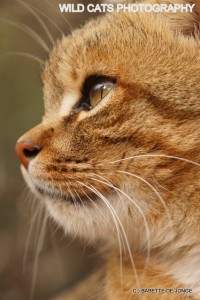 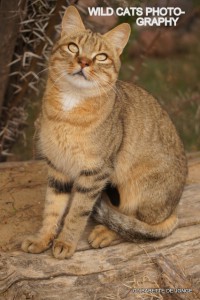 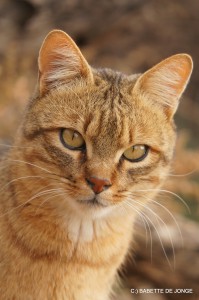 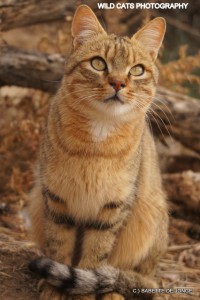 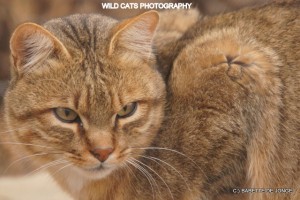 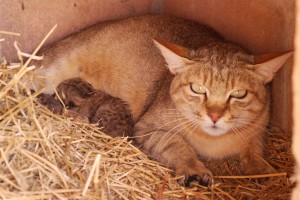 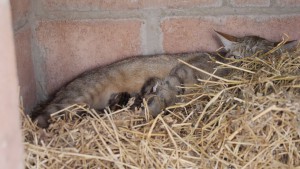 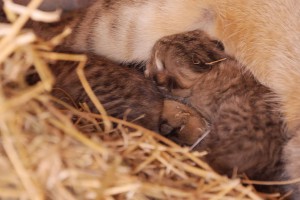 All goes well with the African wildcat kittens, they seem full so Louise has enough milk. Since the second morning Louise allows him in with her and the kittens in the nighthouse she moved them to. She is very mobile, so the kittens go from one place to the other, depending on temperatures. But Louise is a very protective mommy. Female Sid, usually the most assertive one, doesn’t dare to come too close, after a warning of Louise. 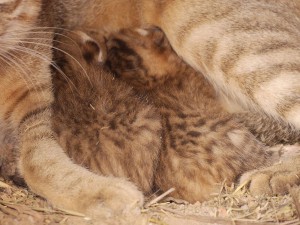 “Best thing to show you my love, was to let you go!!!”
Another (young) victim to the horrible kidney failure. R.i.p. dear daddy Max, we will miss you terribly.

We are grateful what you meant to us and you were an incredible ambassador to your species, leaving a legacy of 2 pretty daughters and 1 handsome son, and your female Louise who will miss you a lot, already is.

Your spirit will always be with us my boy, and with every mouse or rat we feed your family you will be in our thoughts. 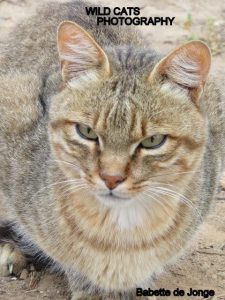 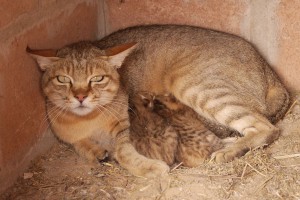