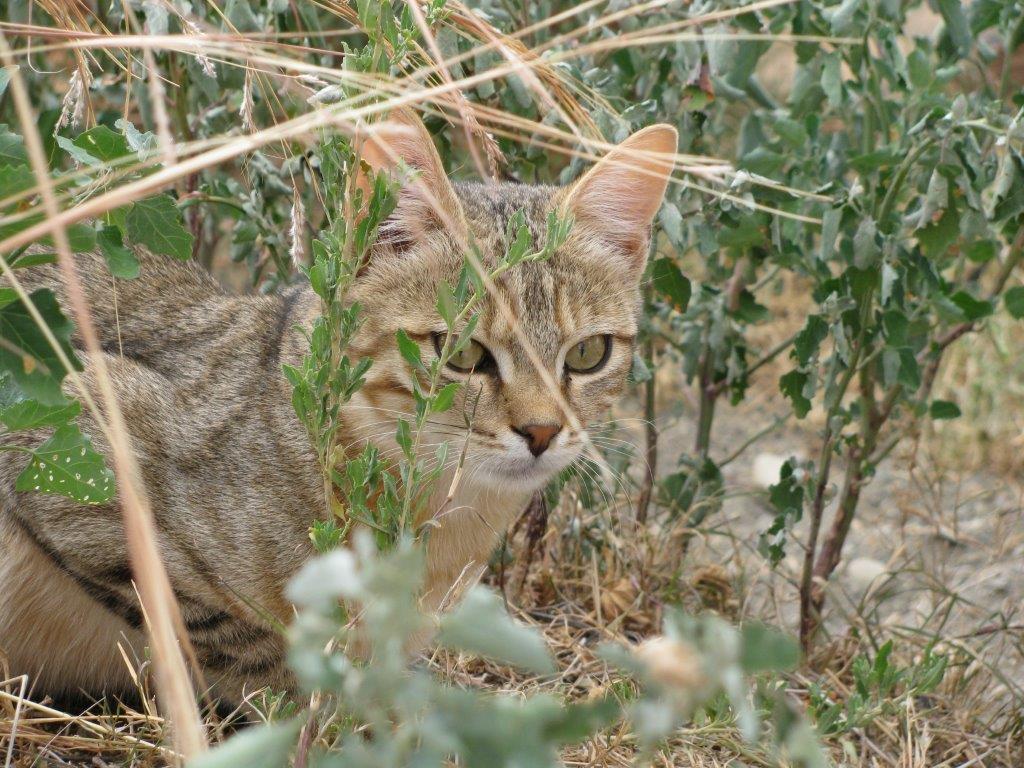 Only recently we started the African Wildcat project, part of our Spotted Cats Conservation Project in SA. Our first ambassador that arrived May 2013 is Sid. Sid was born August 30, 2012 at Cat Conservation Trust, SA, with the following lineage: 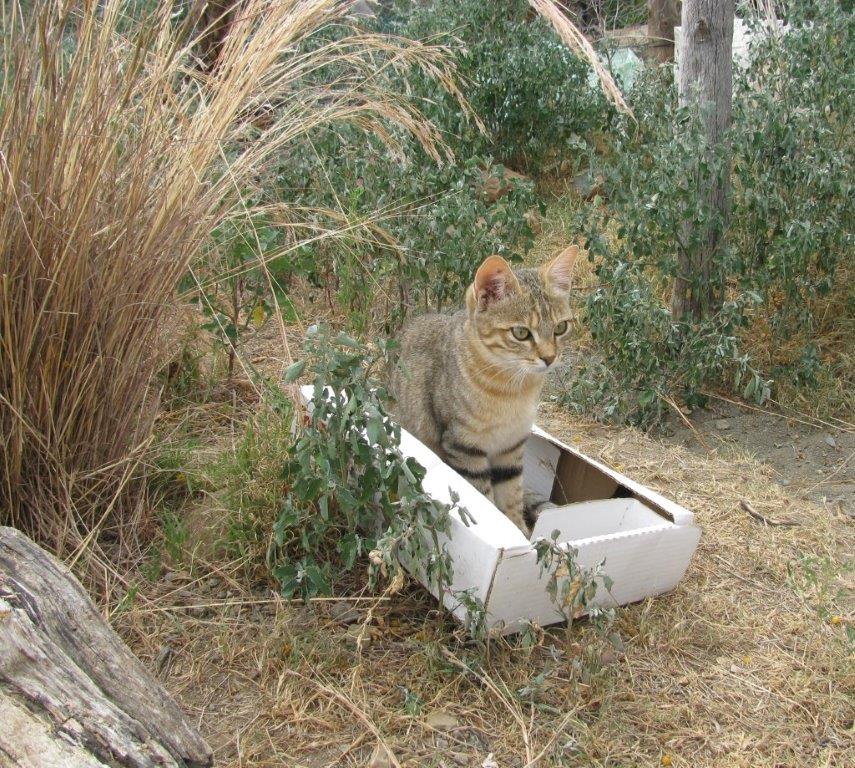 Dani’s father was Tripod (Jo’burg Zoo) who originally came from the Kalahari but could not be released as he only had 3 legs. One of the ancestors was rescued from Addo Lion Park. All in all Sid’s parents are unrelated and now we have to search hard to get an unrelated male for her too. Not many projects are focusing on conserving the pure bloodline. One of them is Cat Conservation Trust (Marion Holmes) who is breeding succesfully with both African wildcats and Black footed cats succesfully for years. Many of their African wildcats have been released on private game reserves, private game farms as well as National Park in SA. They are the only ones who can trace the African wildcats lineage. 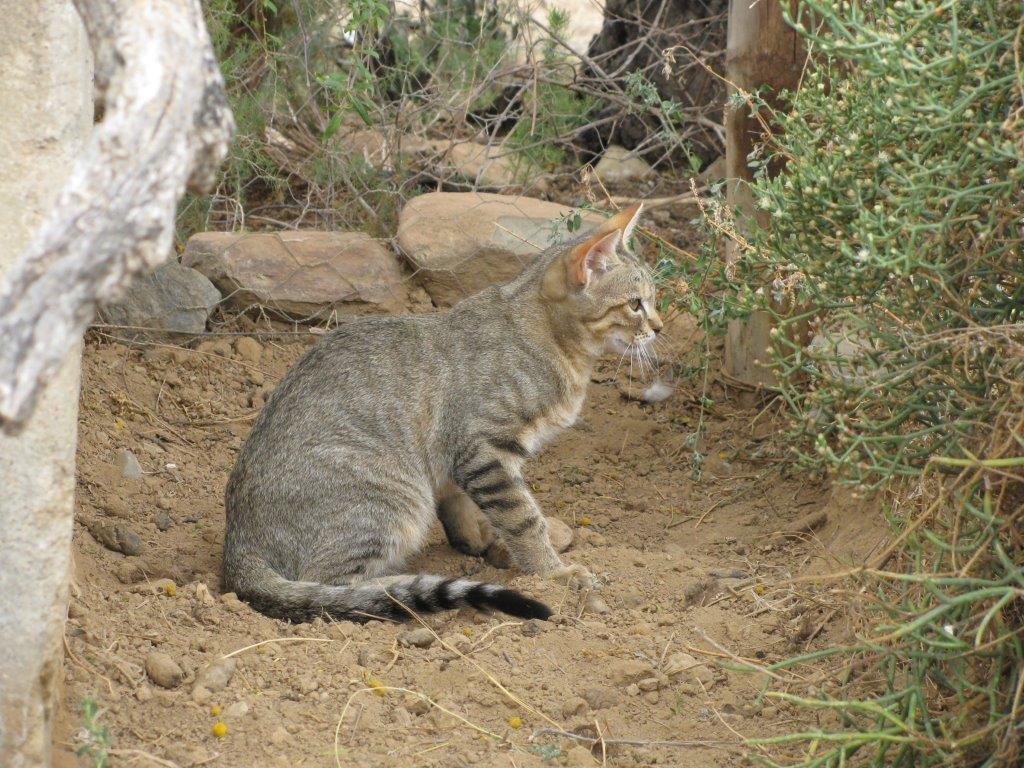 The African Wildcat is still regarded as the most common and not threatened species in South Africa. Still, they face the same big threat like e.g. the Scottish and European wildcat: the lack of pure genes. In fact it is hard to tell how endangered the species is. We will soon publish a very important article about the Scottish Wildcat about this matter, but the same goes for the African Wildcat, so therefore it is so essential to breed with a pure bloodline, to decrease the influence of hybrids. 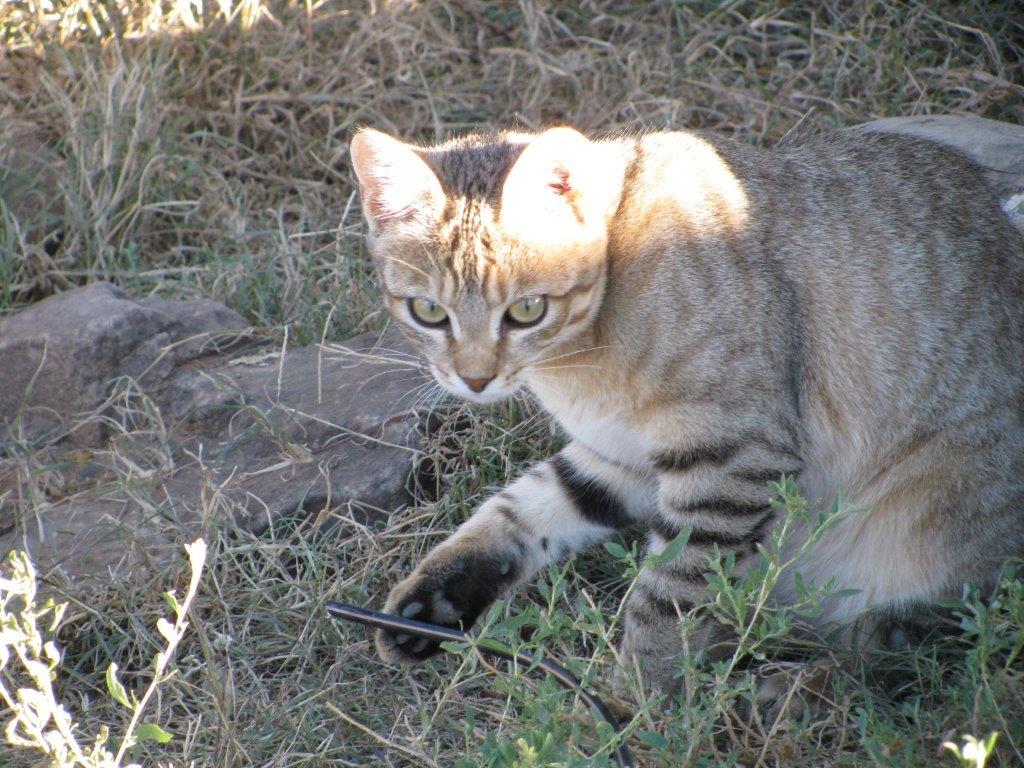 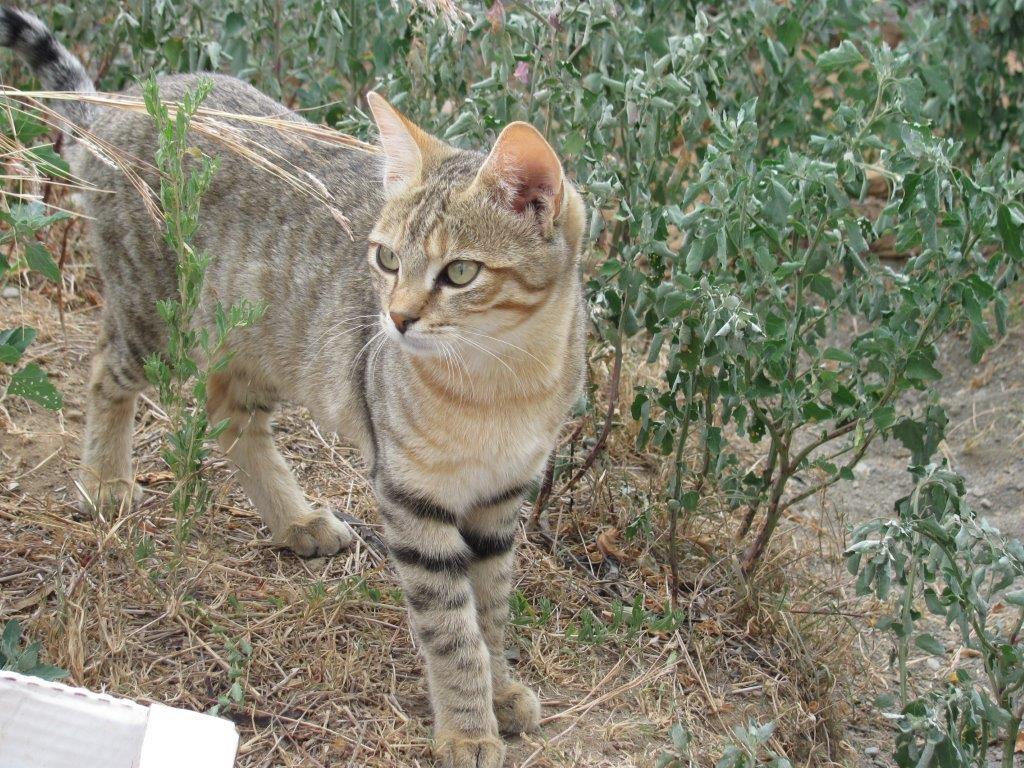 So welcome Sid to the very important African wildcat project and you already make a very important ambassador! If you want to support our project for the wildcats you can make a donation or sponsoring, a.o. by (symbolically) adoption of African wild cat Sid. 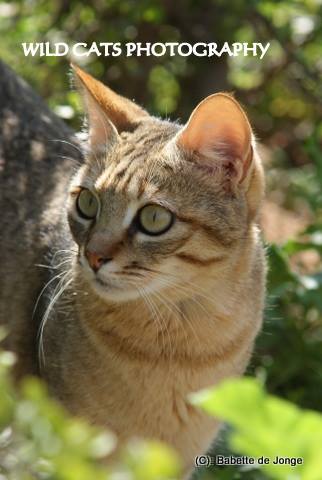 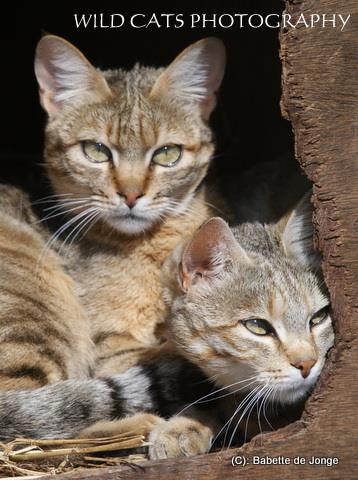 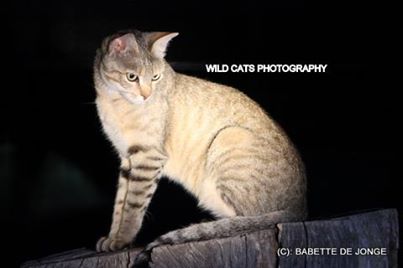 After our female African wildcat Louise (December 24th) now also the other female Sid gave birth to 2 healthy kittens. It is fun to see how the two females are co-mothering and sharing the care of the 4 kittens. Daddy of all is male Max. All our African wildcats are from a pure bloodline, essential for conservation of this species, ancestor to the domestic cat. We hope in future we might be able to release some in a reserve. These will first have to grow up healthy to adulthood and will stay in our project where they thrive well. 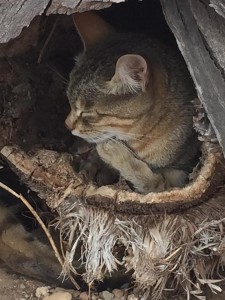