The European Wildcat (Felis silvestris silvestris) is a subspecies of the
wildcat that inhabits forests of Western, Central, Eastern and Southern Europe,
as well as Scotland, Turkey and the Caucasus Mountains; it has been extirpated
from Scandinavia, England and Wales. Some authorities restrict F. s. silvestris
to populations of the European mainland, in which case populations of Scotland,
Mediterranean islands, Turkey and Caucasus are regarded as separate subspecies. 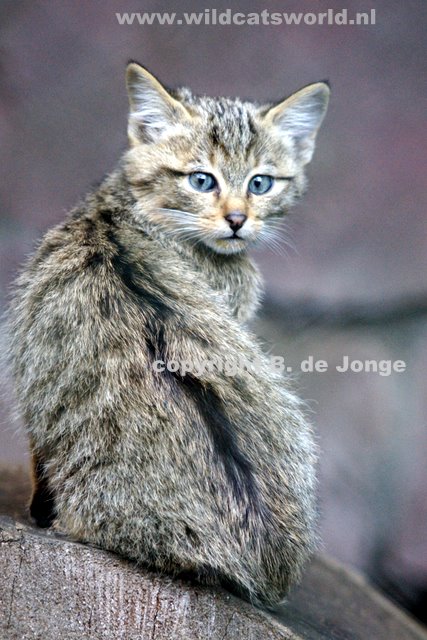 The physical appearance of the European Wildcat is much bulkier than that of the African Wildcat and the Domestic cat. The thick fur and size are distinguishing traits; the Wildcat normally would not be mistaken for the Domestic Cat although in practice it is less clear whether the two are correctly distinguished (one study showed an error rate of 39%). In contrast to the Domestic Cat, it is most active in the daytime.

Wildcats were common in the European Pleistocene era; when the ice vanished,
they became adapted to a life in dense forests. In most European countries they
have become very rare. Although legally protected, they are still shot by
hunters mistaking them for domestic cats. In the Scottish Highlands, where
approximately 400 are thought to be remaining in the wild, interbreeding with
feral cats is a significant threat to the wild population. Although Spain and
Portugal are the West European countries with the greatest population of wild
cats, the animals in these region are threatened by breeding with feral cats and
loss of habitat. The easternmost populations, in Ukraine, Moldova, and the
Causasus, have low levels of domestic cat hybridization. 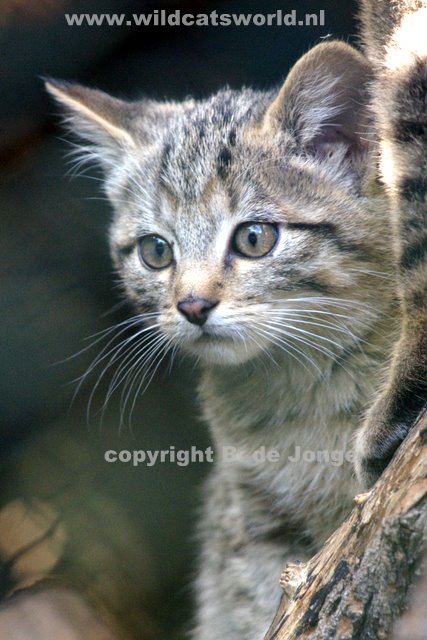