All projects mentioned on this website (see link below) are run by, part of and/or supported by Wild Cats World. All projects have people working on ground level to keep the progress going and to try and achieve the mission of the project. Coming time the focus will be on the S.A. “Leopard Conservation & Education” Project. Hopefully soon a new level will be reached and the “experiment” will continue. The four leopard ambassadors Feline, Felipe, Felix and Felicia are the main factors. With these four leopards living in a group, the understanding of leopards is already taken to a new level. WCW Founder/Director, Babette De Jonge, will coming years spend more and more time in South Africa dedicating herself to this special leopard project, living closely with this leopard group and hopefully some offspring in the near future. All info and photography will be collected and documented at a later stage, which will be of relevant importance to the understanding of the leopard species, showing a whole new side of the leopard (the educational part), will contribute to better welfare of the species not just in their natural habitat but also in captivity (like in zoos and sanctuaries), but will in the long run also contribute to the survival of the species (conservation). So all focus on this important WCW project, of which up-dates will be shared regularly on this website, Facebook and Twitter. 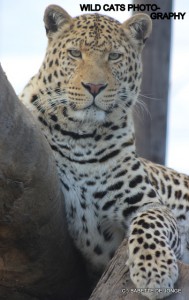