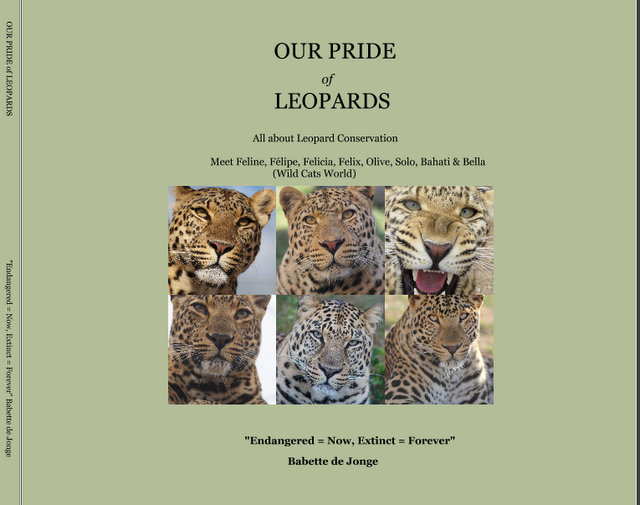 The start is there of the ultimate book about our Pride – the leap of leopards in our conservation project . Will take some time for it to appear on the bookshelves, but this has to be the document – the final bit of leopard conservation.
Last week there was a meeting in Port Elizabeth of the DEDEAT Officials, deciding about leopard conservation and whether or not granting permits to the amazing Private Game Reserves in the Eastern Cape (Amakhala, Kariega, Samwhari) who all had a interest in releasing leopards…..our leopards. Some officials with no knowledge decided NOT to grant permits. They just grant permits for captive leopards, capturing and relocating wild leopards on farms, and soon partly on hunting of leopards again. Captive cheetah and lions will never be released either was confirmed, but that was already decided. Since we are the only serious conservation project with leopards, wanting to release and contribute to the leopards without exploiting or hunting them, this was a road without any footprints just yet, but now it is also a NO to the leopard.
I discussed with leopard specialists in other provinces and they also confirmed the situation for the leopard in South Africa is very bad. Releasing captive cats no matter how much ready they are, is also there not an option, as even the wild leopard has a problem to survive everywhere at this point. Referring to Indonesia, the same situation there, not even possible to relocate wild (problem) leopards….all ending up in a sanctuary.
So, for us a very bad situation….we want to do good but aren’t allowed to. So, for us and the leopard a lot will change. This book is mainly covering our whole project from A to Z, with sadly not the outcome we hoped for. We worked so hard on it, and there was a bit of hope, but different turn of events sadly.
Of course the leopard ambassadors will have a life long home with us in our sanctuary. The hope is to one day being able to make a camp of 20-100 HA, but then help from others is needed big time. A place not a problem but just the funds to make it happen. We want so much more for the leopards but sadly Officials decided it is better to have them extinct in near future. So the sanctuary and awareness/education part is the only thing left for us as leopard ‘conservation’ project…..think we have to castrate the males too, in order to keep the Pride a happy permanent life together. Sad, sad, sad……..But then again the same Officials decided to grant permits to trade in lionbones, a yes to more exploit of (captive) lions. How much worse can it get???
These are two reasons for declining permits to the Reserves:
1) they do not want to dilute the eastern cape gene pool with non -Eastern cape genetics. This they will not change their mind on. TRAGIC PART IS THERE’S NO SUCH THING AS EASTERN CAPE GENE POOL!!!!!!!! THE AFRICAN LEOPARD IN THE OLD DAYS COULD ROAM FREELY EVERYWHERE IN AFRICA.
2) they do not want to set a precedent which will allow any Private reserve to apply for import permits for non-Eastern cape (captive) leopards.
They can be released after sterilizing them so they cannot breed, but this is not an ethical option in conservation, and dangerous too in wild situation as for change in behaviour. Of course with the smaller cats like serval, African wildcat and black footed cats the option of releasing is still there!!!! So the focus is on that as for true conservation!! 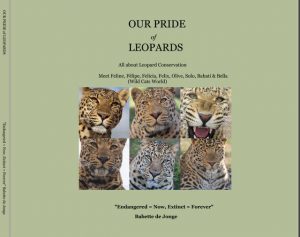