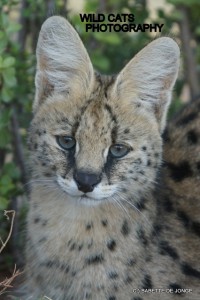 Mick was born at Honingkranz (Karoo Cat Research i.a.w. Cat Conservation Trust) 19 February 2013 as the last born in a litter of four kittens, which is exceptionally large for a serval mother, especially for a first-time mom. Mick is and will always be relatively small for a male serval, why he couldn’t be released in the wild like his sibblings. Hopefully his offspring can be released again. Mick will be together with female Spirit, also a pretty wild female, as in motherraised without human interference.
Mick’s Mother – L.s. Nala, MCPGR, wild born, Eastern Cape

Adopt Mick / All about servals 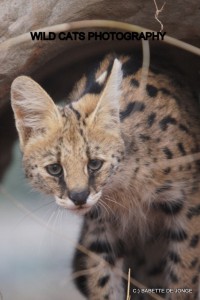 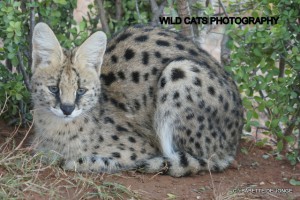