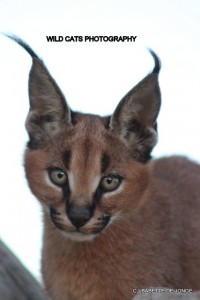 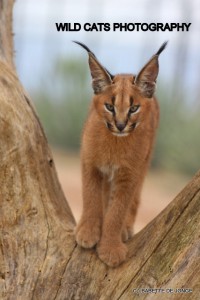 On November 5th Nina (II) and her brother Thilido were born at our SCC project, S.A. with parents our male caracal ambassador Leo and female Lea. We at WCW wanted at least one litter of this gorgeous couple and said from the start that a female born would be named Nina after our late caracal female who intentionally got killed in the Netherlands at Stichting Leeuw/Landgoed Hoenderdaell.

Nina (II) truly honors the name of her late name-sake, and will be a great ambassador to her species alongside her parents and brother all staying with us at Spotted Cats Conservation under the best of circumstances.While writing this little Nina still is with her parents and brother, one happy family, but when she and her brother will be sexually mature they of course all have to be separated to avoid incidents. The plan so far is to have mom Lea and Nina together (both outgoing) and dad Leo with his son Thilido (both a bit shy), a new huge home is being constructed as we speak. All four caracals will help us in our mission to raise awareness for the caracal species. 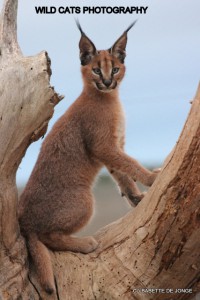 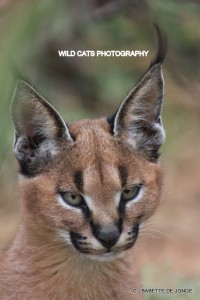 It is possible to symbolically adopt Nina II and we will give you regular up-dates. Also follow our Facebookpage for every day new up-dates as for info and photos.