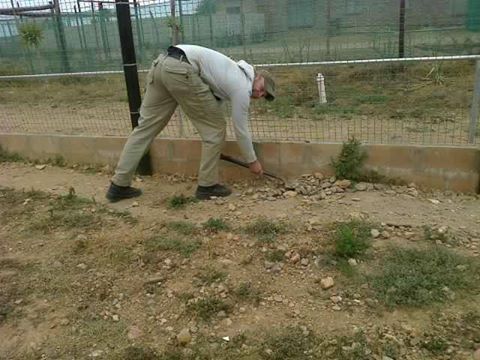 I’ve been working with big (and smaller) cats for several years. But I never had the opportunity to work with them in their country of origin. Babette asked me a couple of times if I wasn’t interested to take a look at their Africa project. I must say that I’m not a huge fan of flying, but I thought by myself it’s now or never! And it would give me the chance to work with cheetahs, one of the cats that I’ve worked the least with. 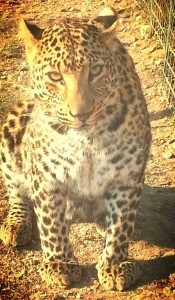 I really enjoyed my stay at the project, and I learned a few new things about the cheetahs behavior. But I could also provide the employees and volunteers some advice along the way as well. Although I wanted to spent more time with cheetahs, after a few days I fell in love with another cat. Namely a leopard, called Felicia! She’s very sweet, playful and trying to trigger the other leopards to play with her! Most cats need a few days to get used to new faces, but she (as well as the other leopards) we’re very comfortable with me from day one.

I took a lot of photos from the animals, but most of them have the beautiful face of Felicia on it! 😉 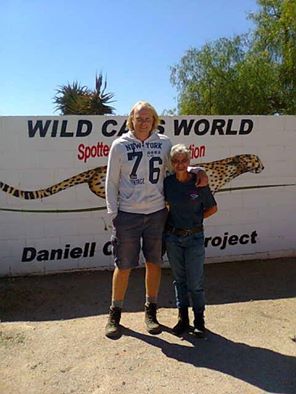 I worked very pleasantly with Betty Dorfling (caretaker of the project) she is one tough little lady! 🙂 If you visit the project, you’ll see she does a great job.
And all the cats (big and small) love her!

I recommend this project for anyone who’s dream it is to (temporarily) work with cats. It will give you the chance to actually see what it is like to take care of these animals. It’s definitively hard work, but if you put some effort into it, you will create bands and memories that will last a lifetime.