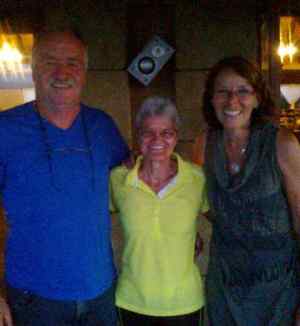 I was in South Africa from September 27 until October 30, 2014. After a few days in Capetown, we drove the long but wonderful Garden Route to Kirkwood and the Spotted Cats Conservation project.

After the first short introduction and info in the volunteering room, I did my first tour on the farm to take some nice photos. Apart from cheetahs, leopards and other wild cats there are also lots of other animals to see around the “house”, like kudu, sheep, horses, a donkey, domestic cats and dogs. The land on which the projects are situated is huge and the animals are well looked after. With my technical background I was interested to see how everything comes about on this farm like electricity from special solar systems. 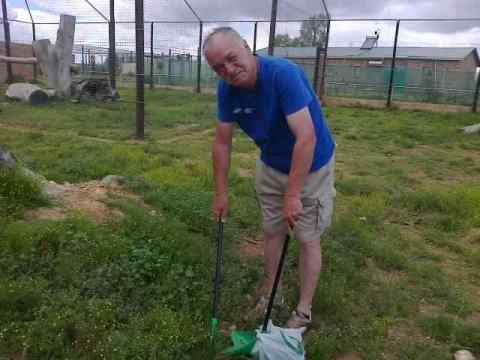 Babette and Anton from Wild Cats World introduced all the cats to us, with their names and all, and showed and explained all about them and their living conditions. The same evening we joined them for the first feeding. It felt great to be so close to the cheetahs, leopards, servals, caracals and wildcats. Before feeding the meat was prepared in the special meat room. Also medicines whenever needed were added while preparing the meat. It took a long time to prepare the meat for all cats. Of course the great game meat that’s been fed to the WCW cats is very expensive and they are depending on donations and sponsor money. Also the vet is called in for the necessary medical treatment, like cheetah Spiky needed a vet when we were there.
On the last days Betty from Kirkwood joined us. She is the caretaker of all cats when Babette and Anton are not on the farm themselves. All three were very helpful and kind. 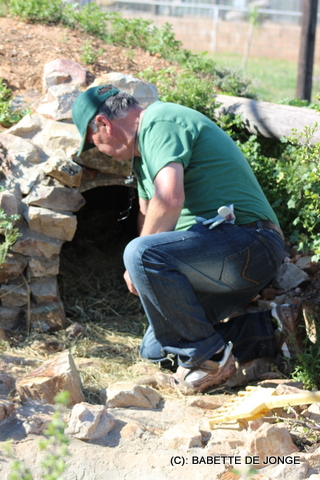 Part of the daily job is also cleaning the camps and enclosures. During this you are close to the wild cats. Some of the wild cheetahs did charge at first, and it was quite scary. After a little while I lost my fear and even dared to touch some of the human-raised cheetahs. Some afternoons there was a cheetah walk, and I even walked with two big ones on a leash. What a wonderful feeling! Apart from the work with the cats I also tried to help out in other ways like some repairs to freezers in the meat room and digging out some 8 to 10 meter high agave trees for the African wildcats and servals to have some more hiding places. Quite a job in the soaring heat.

As volunteer you have plenty of time to spend close to the cats and to observe them. WCW cheetahs: Speedy, Spiky & Sunny (the latter arrived when we were there, so we helped carrying him into the new camp) and cheetahs: Diesel, Gucci, Ihlozi, Khaki, Ola. Sahara. Thandi, Zazi and Zintle. WCW leopards: Felicia, Felix, Feline and Félipe. Servals: Joy (WCW) and Turbo, Gypsy and Walker, Petrol, Diesel and Spirit. Caracals Lea and Leo (WCW) and the African wildcats Sid and Louise (WCW).
On the farm were also the two lions Chuck and Norris and serval girls Upendo and Ubuntu from another organisation (Symba Wildlife). Also it was much fun to feed the cute meercats and the Kudu. 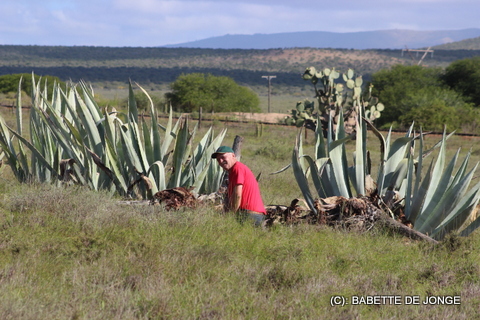 I very much enjoyed my time here volunteering and to help out with all the work. I will for sure come back again. Thanks to all people who made my stay so memorable!