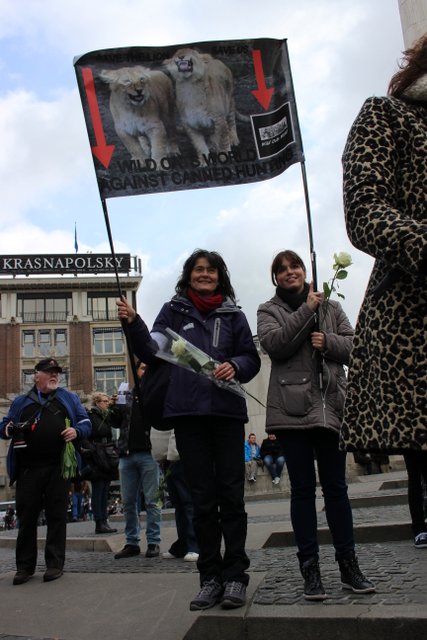 On 15 March 2014 the world united in a Global March for Lions. The March against Canned Hunting. These photos are taken during the participation (read: joining the march against Canned hunting) of Wild Cats World in the Amsterdam-March to give you all an impression of a very successful day, with many thanks to foundations Four Paws, SPOTS & WAR International for the organisation of this march.

All participants support the call on our governments to BAN the deplorable Canned Hunting Industry. We will raise awareness to educate the rest of the world regarding every stage of the life-cycle of torture of a canned lion – the world needs to know and stop supporting the cub-petting and walk with lions experience – the first steps of untold misery for cubs ripped away from their mothers soon after birth. The fraudulent luring of ignorant volunteers who pay for the “privilege” to “care for” the cubs – all destined to be killed in an enclosed camp where they will have no way of escape. Often shot numerous times to prevent “spoiling” the trophy with a shot in the head, which will be mounted on a foreign wall and the bones exported to Asia for bogus medicine – all for top dollar.

Many supporters did join the march for the lion (and other victims of this ugly killing business) against CANNED HUNTING! 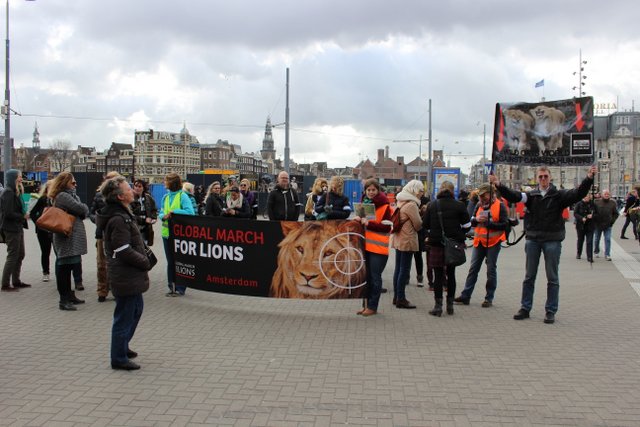 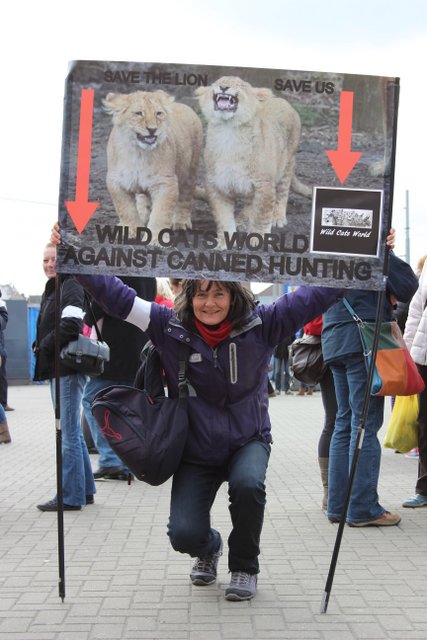 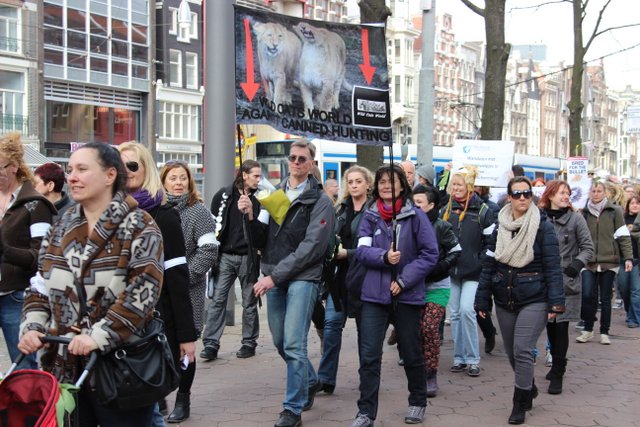 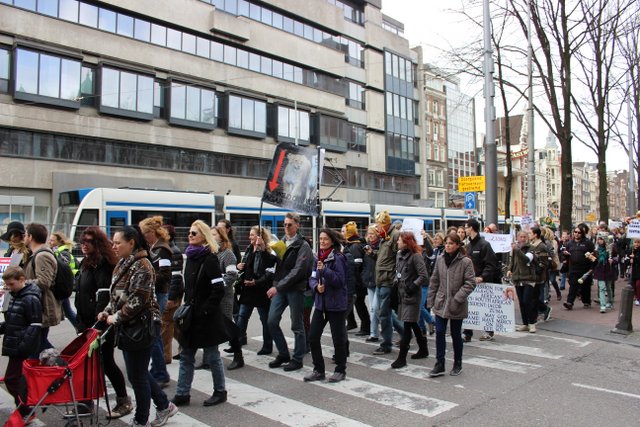 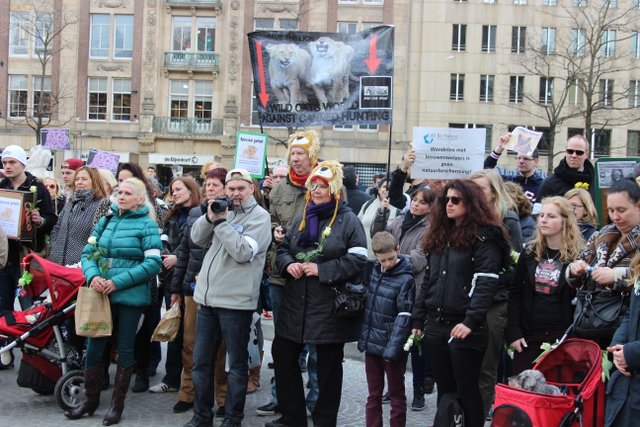 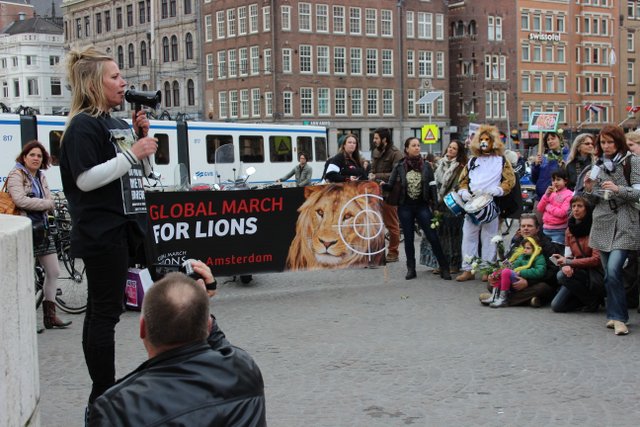 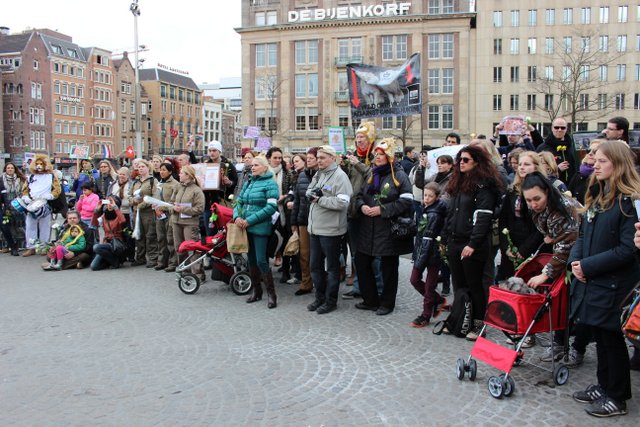 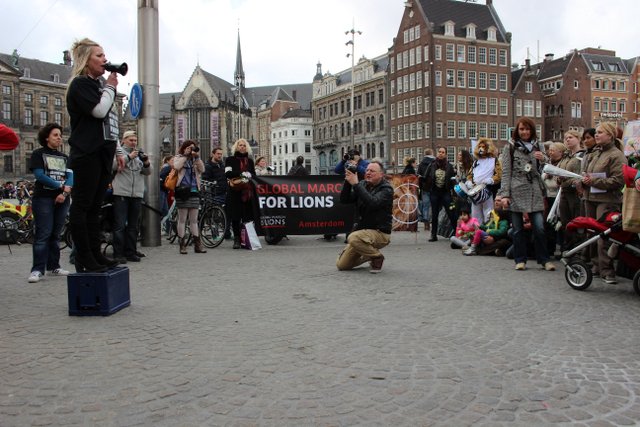 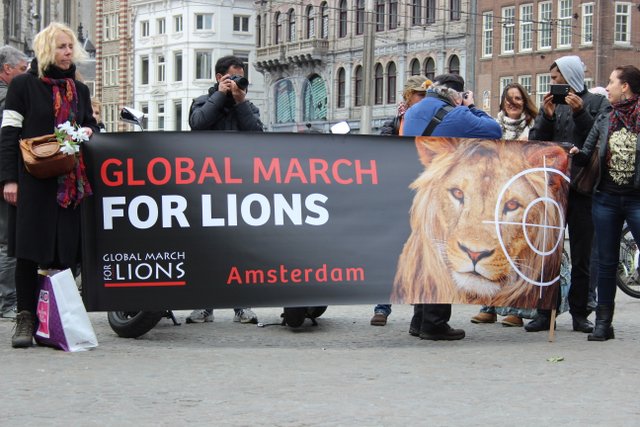 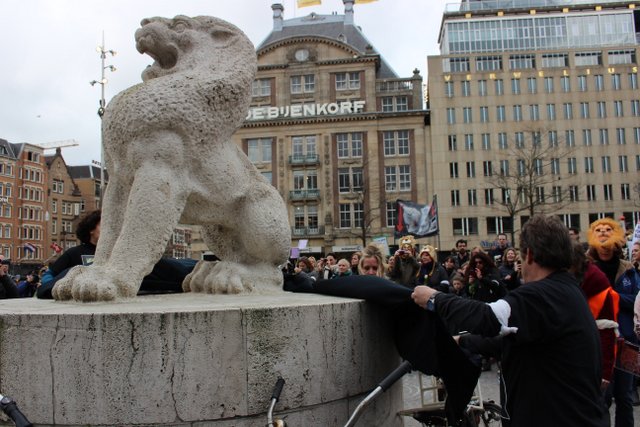 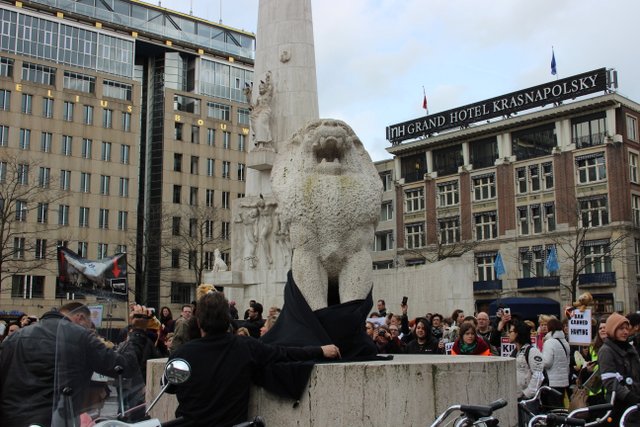 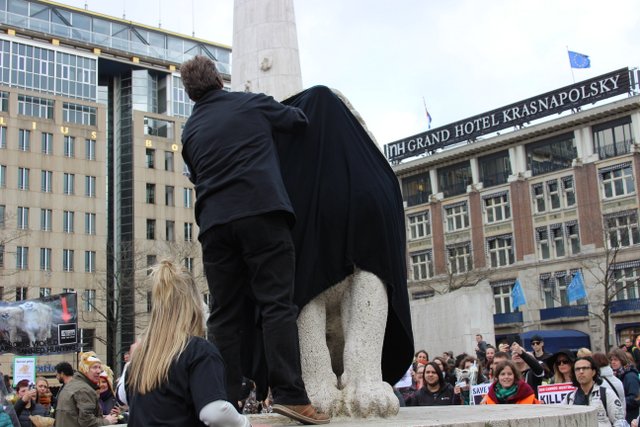 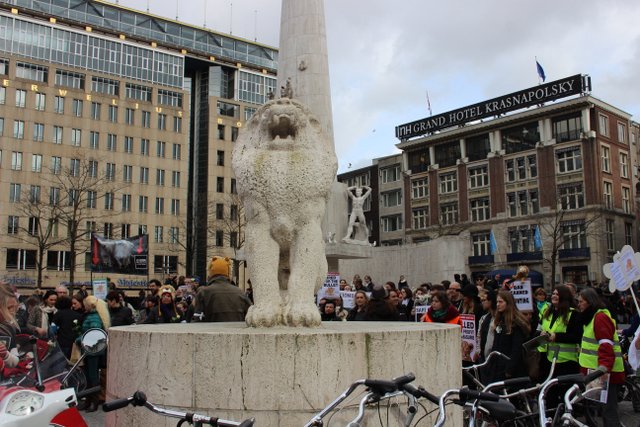 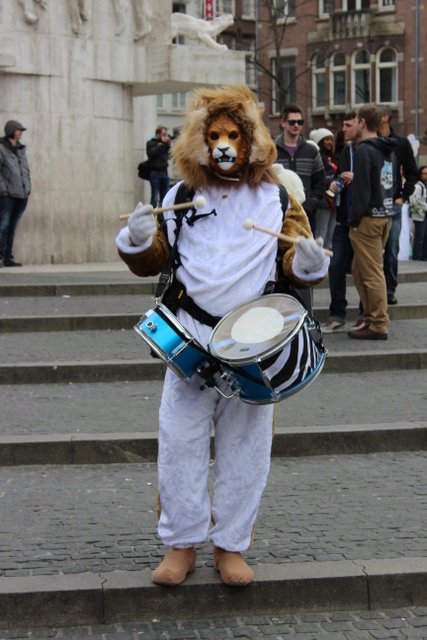 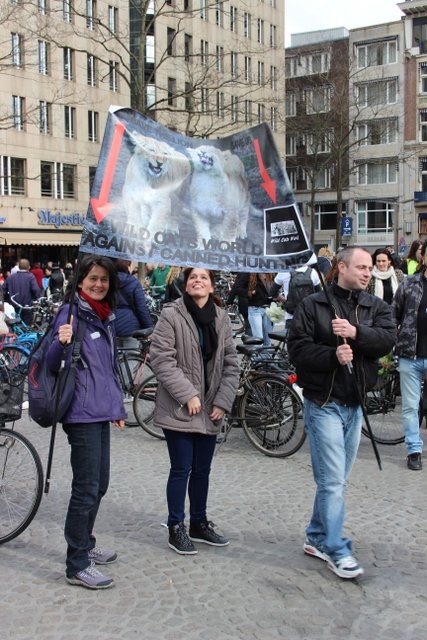 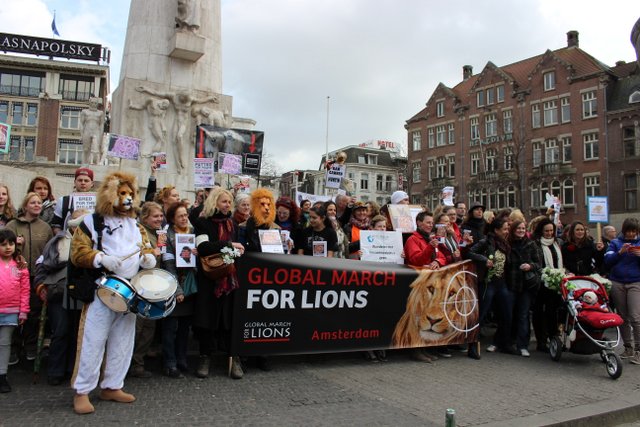 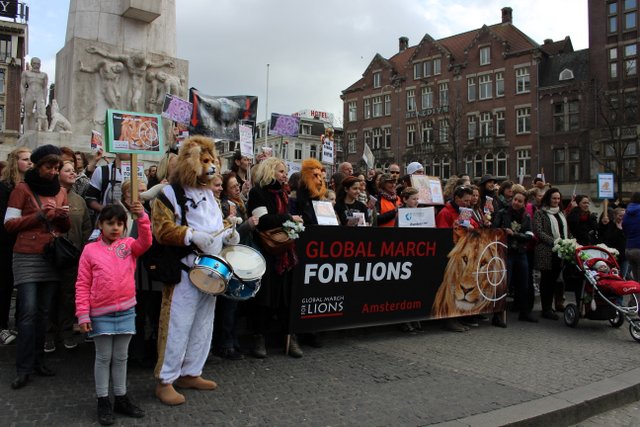 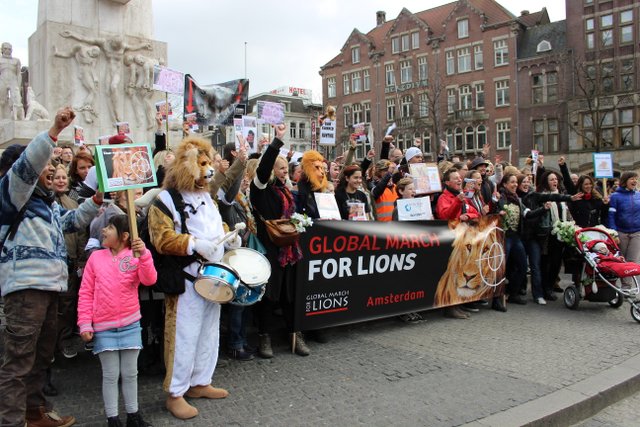 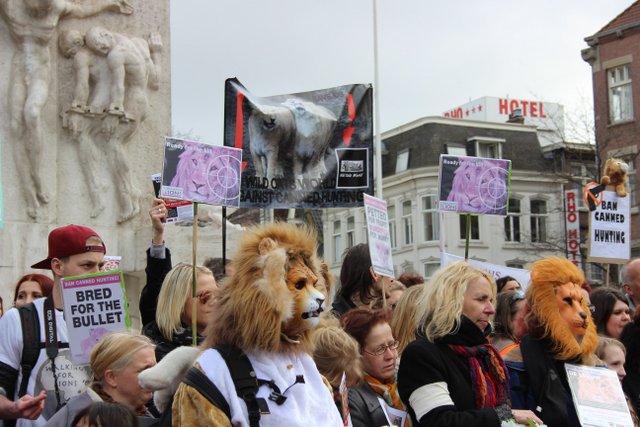 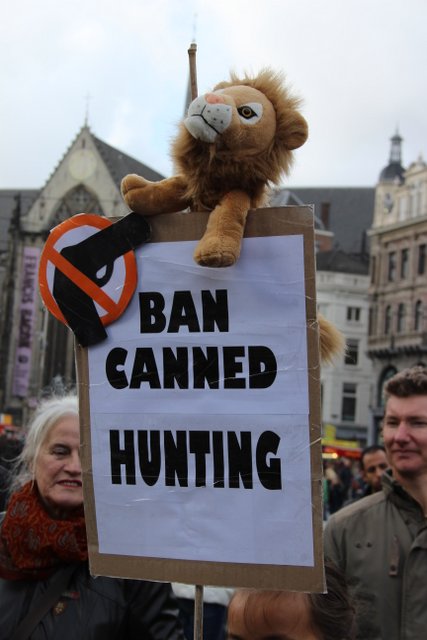