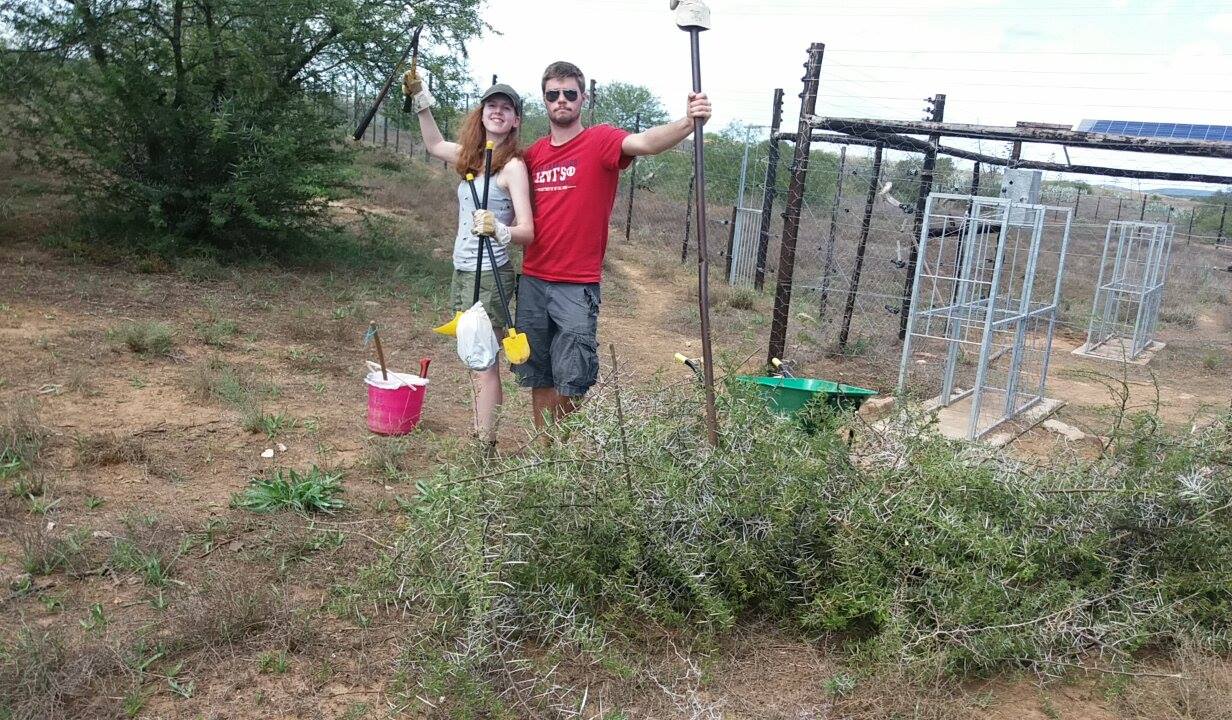 …has different aspects, and also in our project, however a small example of what is happening in the wild, shows e.g. the same importance to clear the many acacia thorn bushes invading in our cheetah camps, like it is in many wild areas such as Namibia. CCF Namibia has a focus on this in their special bush project. Herewith a bit of the info why it is so important to get rid of those, apart from the fact that they can cause real damage to the eyes of a cheetah, also to ours as they also ran full speed in their camps. So thanks a lot to Sophia and Edouardo (picture) for the hard work clearing the bushes. A forever returning job, but for a good cause. Nature in the Eastern Cape/South Africa where we are based can be compared to the situation in Namibia described down here. How to make use of the awful thorns you can read here: http://bushblok.com/ 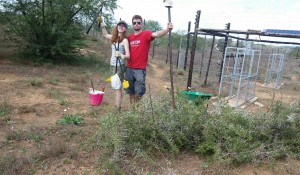 Protecting the future
Approximately 14% of Namibia (25 million hectares) is now seriously infested with an overgrowth of thornbush species. Over past decades human activities such as grazing, fencing and wild fire suppression have caused a severe loss of grassland and productive farmland through a process called ‘bush encroachment’. Mostly various species of thorn bush, these plants have progressively entered then dominated these lands, severely changing the habitat. An acacia thornbush can consume up to 7 times the water of a desirable fodder species. This change in the water cycle increases the probability of an artificial drought event, a particular worry for a low-rainfall country like Namibia. The transformation from savanna to thick bush changes the mix of food available for wild animals, changes local soil temperature (affecting seed germination patterns) and ultimately changes the type of grass or bushes that thrive. Even the overall fertility of soil can change after the arrival of invader bush species. In short, bush encroachment causes widespread, severe, and negative impacts on the habitat. 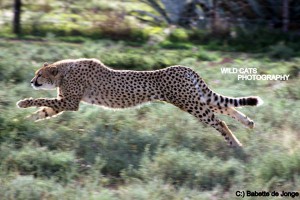 For marquee predators such as the cheetah, bush encroachment causes specific habitat changes that affect their ability to survive. Since cheetah hunt using bursts of speed to overcome prey, the presence of thick bush hinders their ability to successfully hunt.