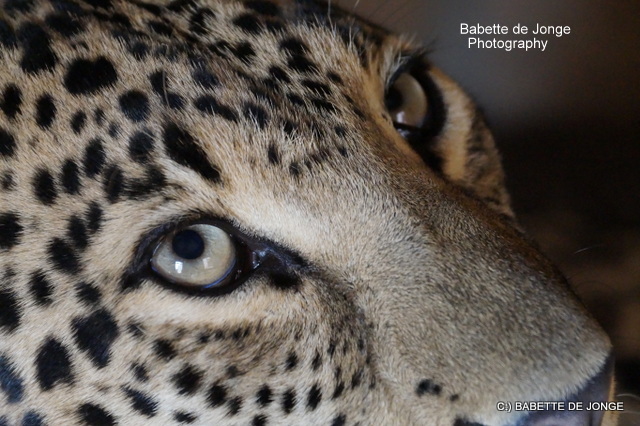 With our leopard project and leopardambassadors we raise awareness & share knowledge as for leopards and leopardbehaviour. Enthusiasts are offered a chance to volunteer/work closely (not hands-on) with our leopards to get to know them better, love them more and so support their protection. Without being exploited and ripped off themselves!!
We do support the survival of leopards in their natural habitat, but also work hard to improve situations for captive leopards. Yes we know there’s stil a lot of people claiming leopards and other animals shouldn’t be in captivity and cannot thrive there, and yes in an ideal world we agree to this 100%. The ideal world and huge habitat to live a long and healthy life in the wild sadly doesn’t exist anymore, and as long as the wild ones have difficulties to survive there, no use to put captive borns not used to the wild life in danger too (apart from a life in a Reserve, so lower scale…free ranging). BUT there’s still a lot of captive borns that aren’t kept in a proper way, lots of breeding and trading by breedingfarms without purpose and without aim to conservation.
Yes we do breed on low scale…..responsible way…..for many reasons. First of all not to derive our leopards from anything (within our reach that is) close to the life they would have in the wild. Further on with a purpose….apart from education and raising awareness, also as a weapon in the new project to fight commercial trade and breeding in captivity (also affecting the wild population).
Projects, Organisations (preferably in South Africa) and Private Game Reserves who want to start with leopards: stop buying them from breeding farms, stop buying wild leopards offered by farmers catching and selling them….stop paying full stop to get leopards. INSTEAD: do contact us on info@wildcatsmagazine.nl. We can help you on a non-pay base but with rules: no breeding and giving the best life possible to the leopards. If you want to learn more write us. But please stop encouraging the irresponsible breeding programmes, the inbreeding, the trade, the canned hunting of leopards!!!!! 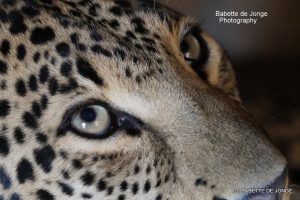