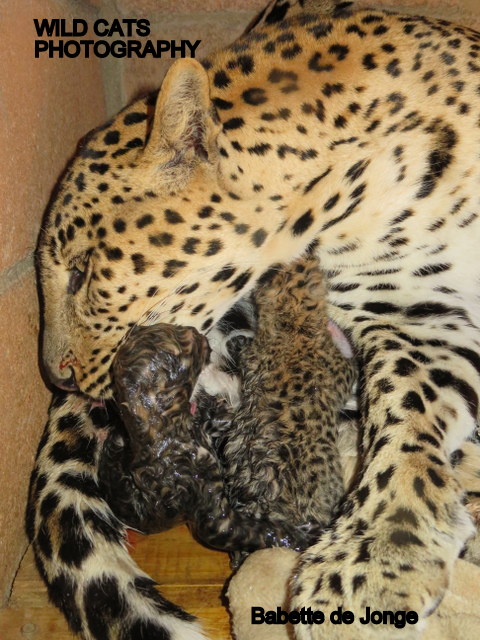 One of our leopardfemales Feline (daddy Felipe) gave birth to two healthy cubs on Tuesday 10th of January 2017. The two girls we have named Bella & Bahati. Our leopardcubs are named after a wild leopardfamily we followed in Kenya for a while. Bella was the grandmother, who had a daughter Olive so that’s why Bella and Olive. The youngest daughter of Olive (who sadly passed away after a lion attack) was Bahati.
Feline is a very exceptional mom again, who again allowed CEO/Founder Babette to be at the birth again, and after, just like with her first litter. Unbreakable bond. The cubs are drinking well and growing fast. Behind the scenes we are working on a release in a great Private Game Reserve for our first youngsters Olive & Solo (we had a few requests already, though some have difficulties obtaining the right permits)for them to  live wild as part of the Big Five. 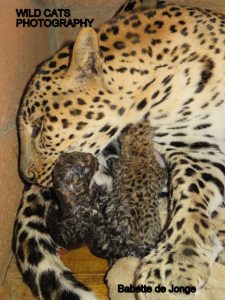