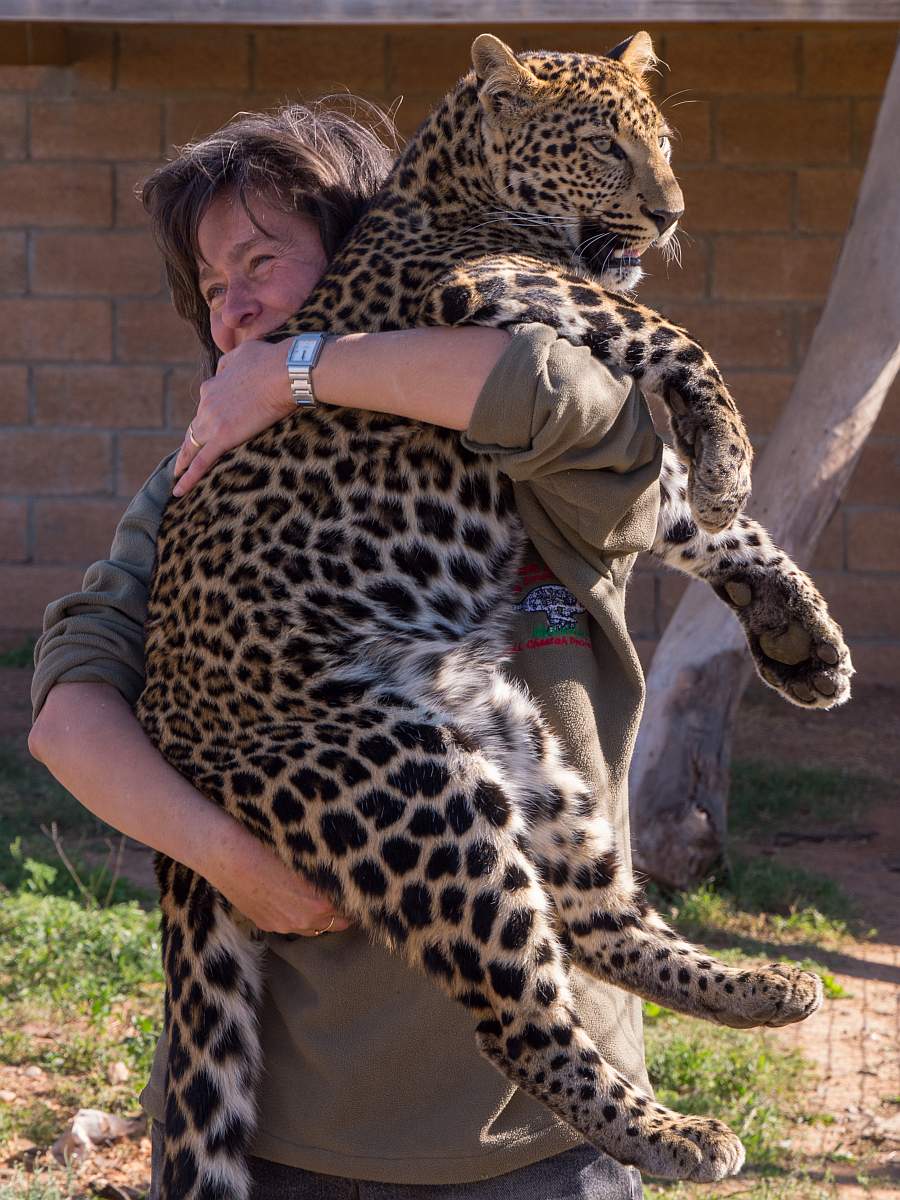 We share this picture not to show off or to encourage everybody to do the same. Leopards are no pets, neither are cheetahs, lions, tigers etc. and in our WCW projects no one is allowed to interact with our ambassadors, to give them a natural life as possible which works. Come and see for yourself!

With this leopardgirl Felicia we have come a long way to get her in good shape and health, and to make her live a leopard-worthy life with lots of natural space and nice leopardfriends who groom her and play with her. She was almost lost to this world, but now she regained health and strength!

This is about a bond we have. Even though it is a private photo, we decided to show this picture to make a statement to all coward canned & trophy hunters, who feel so brave to pose holding a leopard or other big cat in their arms that they have just shot and killed. They feel brave to pose with a dead wild cat, big shame on them. This is posing with a leopard alive and healthy, important ambassador to her species in the wild and no, we don’t feel brave holding her like this, as you can bond with all living beings as long as you respect them. We need to rescue them.

STOP THE LOWSCUMS KILLING THEM!!!! (don’t try to do this yourself though, as it is of course all about a strong bond, not to go to a cuddly place and pay money for interaction, as then you will also support Canned Hunting).