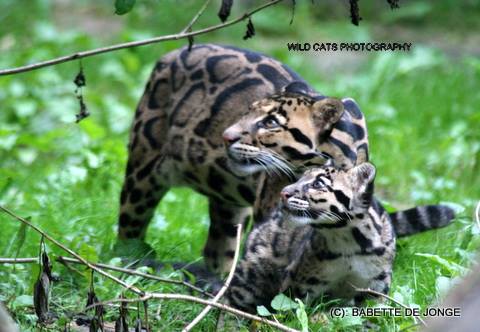 Babette and Anton (WCW/WCM) say a big thank you to the befriended Wuppertal Zoo team for naming the 3 months old clouded leopard cub BATON as a combination of our two names. We think it is a very original name and are honoured they named the gorgeous one after us!!

Help us save wild cats worldwide!

As announced on March 16, 2017 , the WCW Pallas Cat Conservation Project is become a reality since we signed the contract with the Zoo de Lyon.

I hear already people saying, but there are pallas cat at Zoo de Lyon. Wrong, they have 2 pallas cat but not visible from the public (unfortunately) due to the fact that they are looking for funding to build a brand new enclosure.

The WCW Pallas cat Conservation Project could be split in 2 sub-projects: