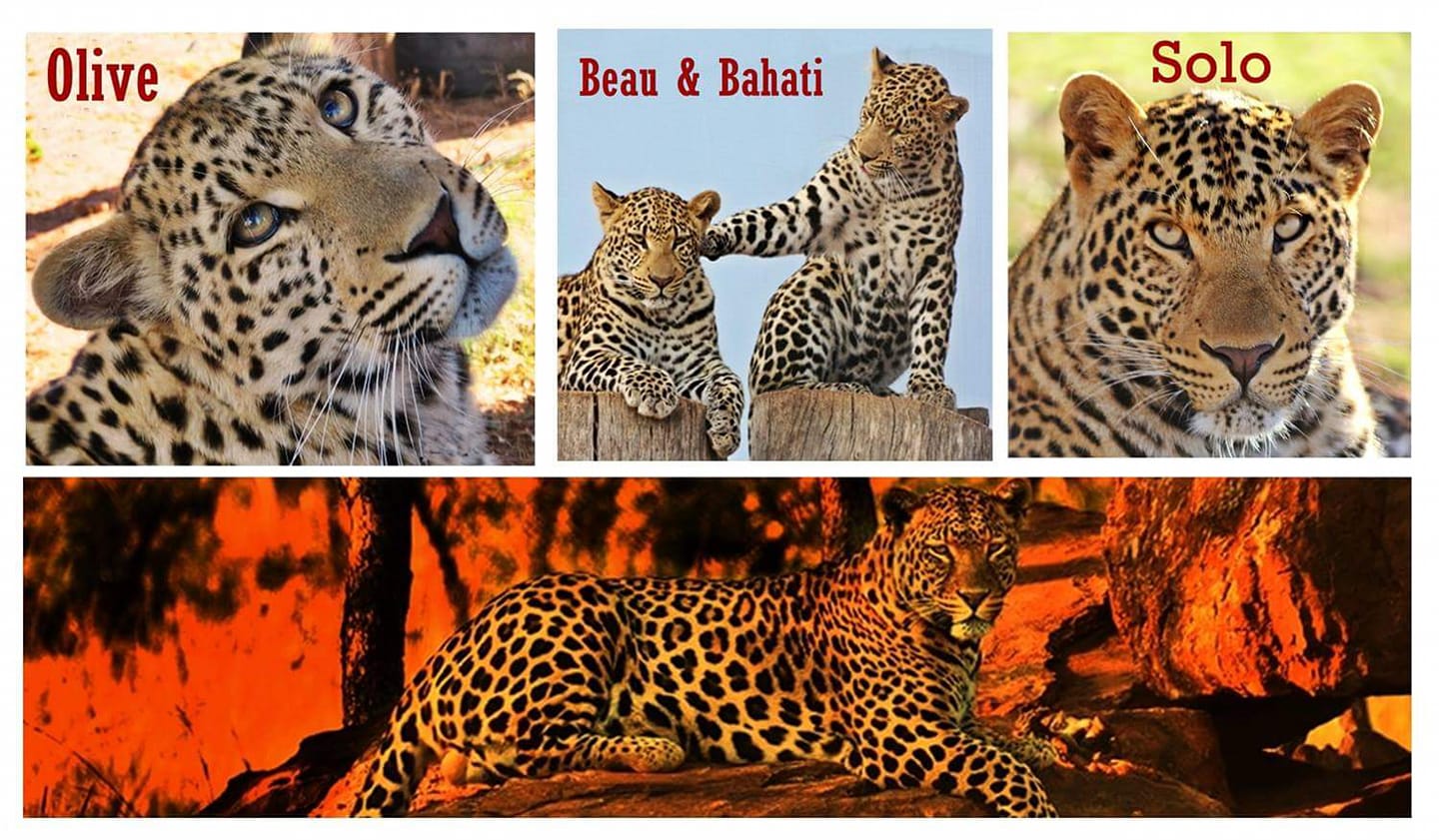 The four young leopards born and raised (by their mothers/parents) at Wild Cats World have been successfully relocated to a huge re-wilding (phase I) camp in Mpumalanga Province, where lots of rehabilitation and releasing of leopards already had been done. Happy to say Olive, Solo, Beau & Bahati are settling in nicely, but we didn’t expect anything else of a highly adaptable species like the leopard. For the first re-wilding they will stay here, and the next step will be relocation to a huge boma in the National Park en Private Game Reserves (non-hunting) that showed interest in them already.

The project is named Phoenix-four, after the wild female 11 months old Phoenix. She has been rehabilitated and will be joining our leopards for further re-wilding. But she indeed is truly wild already. Plan for now is to have her with the 2 B’s, Olive will be with a rehabilitated gorgeous male and Solo with a gorgeous wild female…. All suitable leopards will be released in the wild again.

This is all made possible with the incredible help and dedication from a wonderful team. First of all CJ and Paul from Wild Heart Wildlife Foundation (WHWF), Deon, Onderstepoort vets and University Pretoria. Without all of them we, Dutch, wouldn’t be able to make this possible. So very grateful for this.   Dreams coming true now!

In short the (one and only true) story of the Phoenix-Four: the 4 youngsters have been born at our project with sole purpose to be released. Their parents we rescued from a hunting list and exploited life, and we gave them the best life possible. These human-raised leopards gave birth and raised successfully the youngsters who are much wilder already than the parents, but will in the coming time be wild enough for a release. They show the right behaviour already. With our project we wanted to reach the unthinkable (for many…) as for rescue of exploited leopards, bonding with them closely, having them live peacefully as a group, with still huge respect to the owner and caretaker through every stage. Raising the cubs successfully, who are ready to go wild. Only one more stage and our mission is complete!!!!!!

Keep following the leopards!!!! Remember: if this all succeeds, THERE’S HOPE FOR THE SPECIES!!! And isn’t that what we all want???