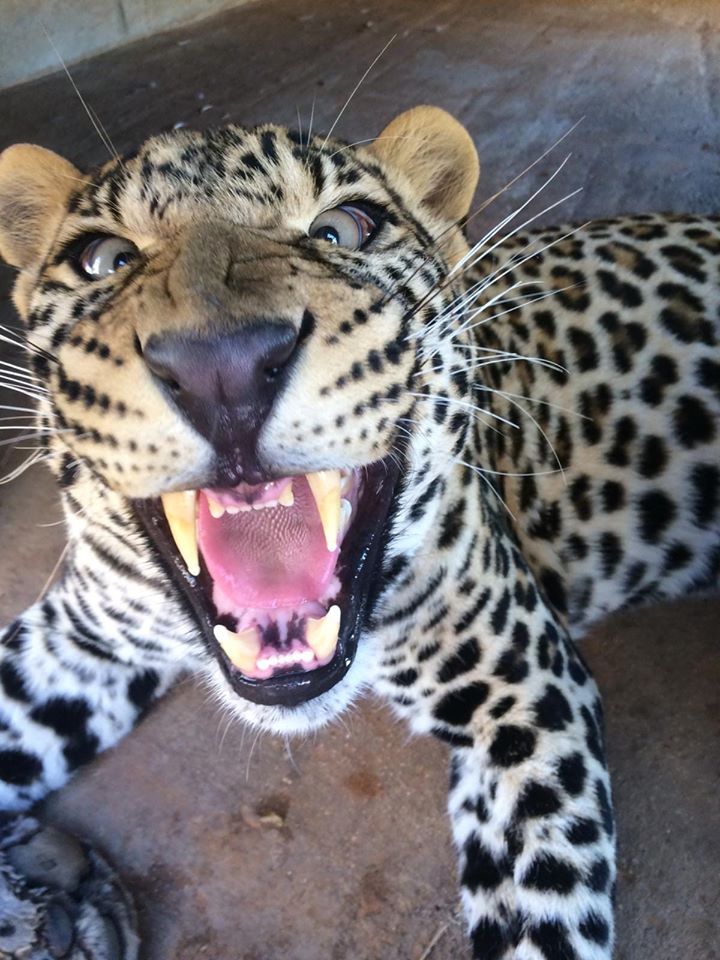 What we said all this time, the threat to healthy Leopard numbers is severe. Leopard Conservation is essential, but how is it conducted in South Africa?

Apart from all mentioned, another serious threat is the capturing, keeping and killing of wild leopards in captivity with approval of all so-called conservation organisations. These also claim to protect the species but, as we found out, don’t take the threat seriously and take advantage of it for their own ego and income. And then they say no to healthy blood (for breeding) which merely shows how fucked up SA conservation is.
We don’t want to jeopardize our good leopard genes any more until something is changing big time.

We are the only leopard conservation program in South Africa (run by Overseas people, what irony) who have just the best interest of the leopard and its survival at heart. Yet the country decides to ignore good intentions, but instead is choosing a road to extinction.

We will keep fighting for the leopard, but in a different way. The in-breeding goes for all species in the smaller areas like Private Game Reserves who these days are nothing more than a huge zoo. They rely on people to regulate numbers and breeding, so nothing is natural about it. Of course there are lots of the problems for cheetah and Lions. The “release and conservation” efforts are nothing more than a way to keep the exploit going.

Read the article about it on The Conversation.