Taxonomic uniqueness of the Javan Leopard

The Javan Leopard (Panthera pardus melas) is a distinct subspecies, basal to the phylogenetic tree of Asian Leopards. At present this taxon is not specifically managed in captive breeding programmes in America and Europe. As it is *endangered in the wild, and represents a genetically and morphologically unique and distinct taxon we recommend a more concerted effort to target this subspecies for captive breeding.

* The Javan Leopard (Panthera pardus melas) is classified as Critically Endangered by IUCN (International Union for Conservation of Nature) since 2008.

Its classification as Endangered is due to the fact that the article was written and subsequently published in 2007. 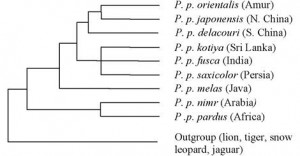 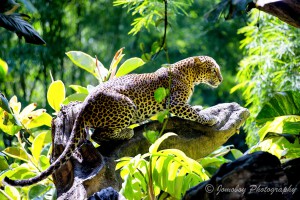